Building Up, One Story at a Time

Building Up, One Story at a Time

One of the greatest humanitarian crises in history happened in 35 seconds. Ten years ago this month, a 7.0 magnitude earthquake struck near Port-au-Prince, Haiti. With 300,000 lives lost and millions more people displaced in less than a minute, the already fragile infrastructure in one of the poorest countries in the Americas was flattened.

Bezos Family Foundation President Jackie Bezos woke up to the news of the earthquake and moved quickly, creating Students Rebuild to bring young people around the world together to contribute using cross-cultural storytelling, art, and philanthropy.

Over the course of the 2010-11 school year, more than 3,000 students answered the call to take action—including youth from Haiti and 9 other countries. Students made cross-cultural connections through storytelling and banded together to raise funds. With a matching donation from the Bezos Family Foundation, a total of $500,000 was donated to rebuild four schools in Haiti the year after the quake. 1,850 Haitian students were provided with classrooms that had previously been badly damaged or lost. 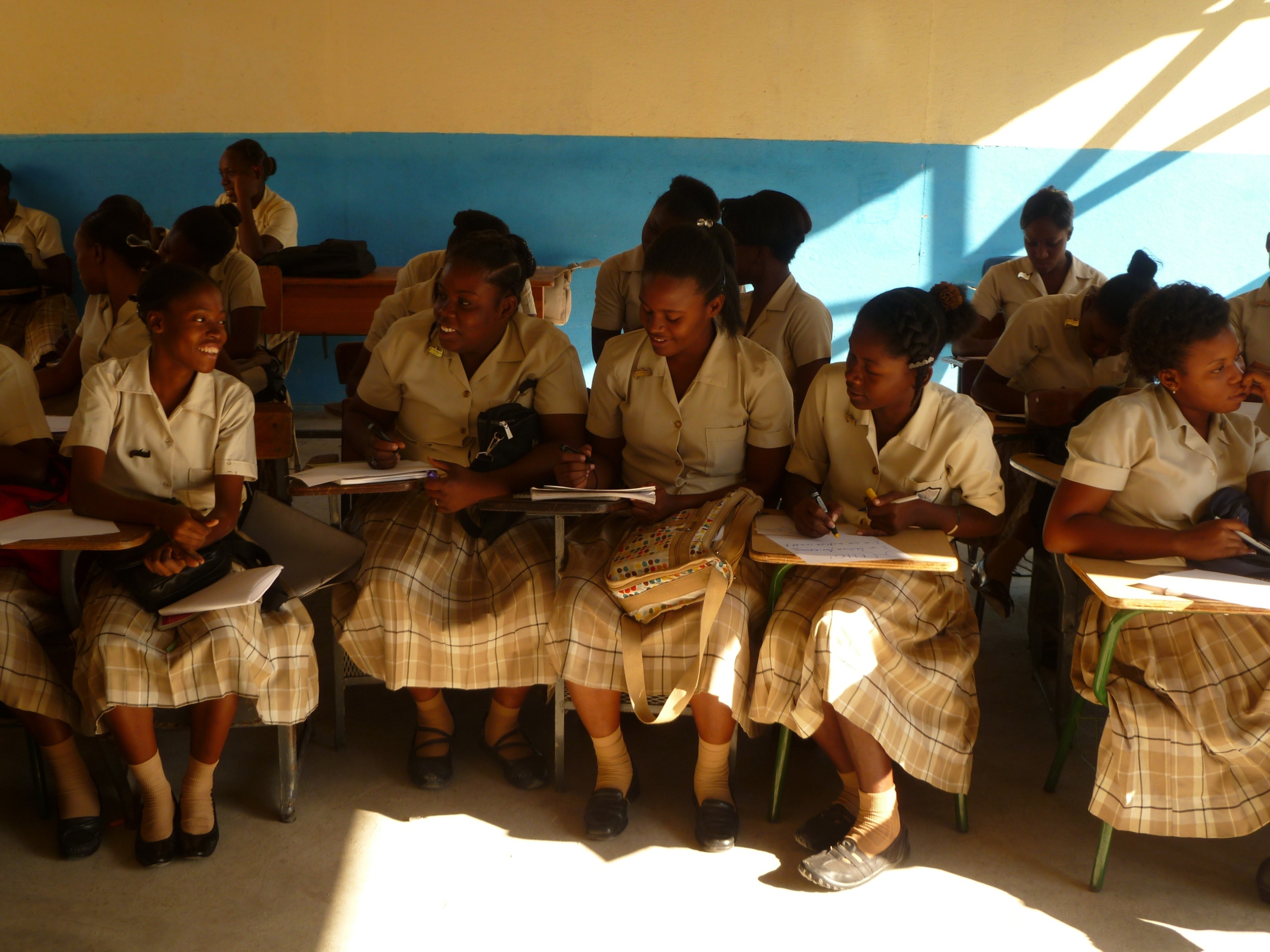 Grace Lau was in Haiti facilitating story exchanges with Students Rebuild eight weeks after the earthquake. Lau, a Santa Cruz-based independent consultant, landed in the country with another team member, an educator and a videographer. “Haiti was definitely still in relief mode,” she says. There were only two airlines flying in and out of the country, and the airport was chaotic. “The feeling on the ground was very, very raw,” Lau remembers. Soon after arriving, she was struck with how Haiti was often misrepresented by the larger Western media. “Being on the ground and seeing the heart and the vibrant spirit of the people, I saw how just authentic and amazing the Haitian people are.”

Bezos Family Foundation Managing Director Chris Plutte has worked in cross-cultural exchange for more than two decades, originally as a founder of Global Nomads Group. Plutte joined Lau in Haiti, and remembers the city covered in a sea of tent shelters. “I'm always surprised by how resilient the spirit is through adversity,” Plutte says, reflecting on the strength of Haitian students he met on the ground. “Students were living in a period of transition and continued to have some normalcy by going to school, continuing to learn and not get behind in achieving their dreams. It was incredibly inspiring to watch that happen.”

Plutte, Lau and a team of staff and volunteers took a series of trips over 18 months to facilitate video conversations between Haitian and American students. They remember example after example of the resolve that Haitian students were able to share with American students over video exchange. 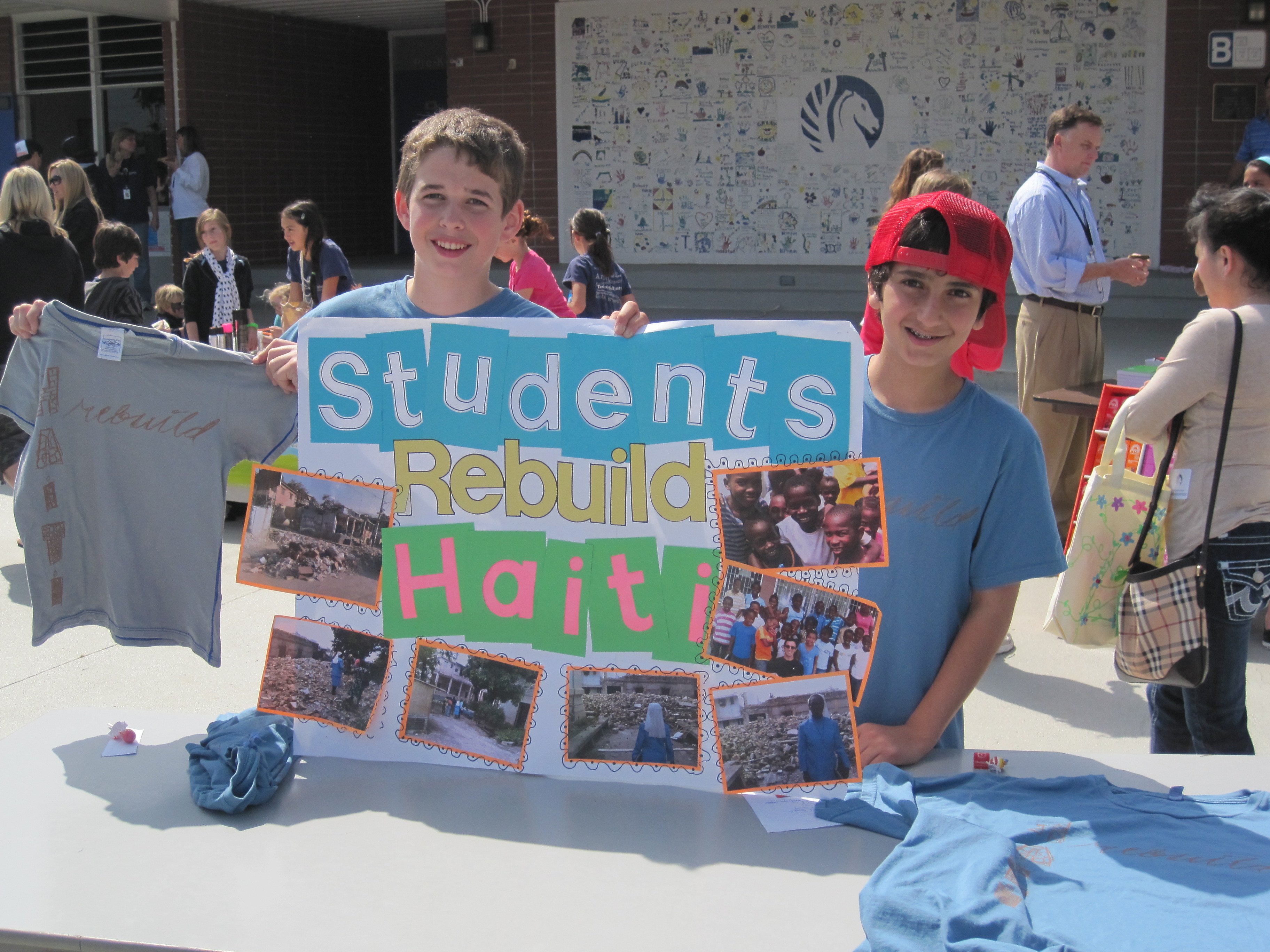 While only a small fraction of young people are able to a study abroad, online virtual exchange can build meaningful international experiences and important global competencies that prepare them for the future. “I hope that it becomes a given that children are having these experiences in school. It should be a piece of the curriculum, and with Students Rebuild we’re helping to make that happen,” Bezos says.

Lau recalls hope spark in one Haitian student when he was able to tell his story. “He recognized that he may not have much in terms of financial resources, but it gave him great pride to know that through his story—his telling of what happened—that was his way of contributing to rebuilding,” Lau recalls. “That really helped him see and unlock this confidence within himself.”

“It’s powerful to American young people not just let the disaster in Haiti pass as a headline but be in partnership with their peers for a period of time,” Plutte says. “And Haitian students were able to connect their peers outside of their own country, too. To know that they've been seen and heard is very comforting.”

In addition to asking big questions, students in Kansas, Texas, and New Brunswick, Canada, shared music, pop culture and social norms with Haitian peers. “Cross-cultural storytelling is really at the heart of Students Rebuild, the exchange of ideas and narratives,” Lau says. “What was really important to us was not having this ‘have and have not’ mentality, this sort of Western superiority. For Lau, the heart of Students Rebuild is young people helping young people that uses story to move beyond philanthropy. “Students Rebuild to me is really giving young people a platform to have a voice in causes that are critical to our time right now,” Lau says. “It frees them to be creative in how they take action. It is one of the most unique projects out there of youth advocacy and youth action.”

For Plutte, Students Rebuild serves as an equalizer and allows everyone to participate with very few barriers. “I just don't see any other program that really honors young people that empowers them to make change in their community and empowers them globally,” he says. “

Today, the four Haitian schools rebuilt by partner Architecture for Humanity after the earthquake are thriving, with one school—École La Dignité—educating more than 225 students each school year. Enrollment increased to 400 at a six-classroom school in Collège Mixte Le Bon Berger that was rebuilt from the ground up. A historic vocational girls school was rebuilt in Pele, Port-au-Prince. Students Rebuild worked to construct the cafeteria and kitchen and renovated the existing structure at Ecole Elie Dubois vocational school for girls.

Each year since 2010, students and teachers join a global community creating art and raising awareness using art and philanthropy. To date, more than a million students in over 80 countries and all 50 states have created more than 6 million works of art with Students Rebuild, raising more than $5 million dollars to benefit over 50,000 children.

The collective power and agency of young people to respond to critical issues of our time is needed now more than ever. “These issues may be large, but they are no match for the power of educated and connected students committed to change,” Elaiho says.