When a devastating typhoon hit, the Philippines were left in need.

Typhoon Haiyan struck the Philippines on November 8, 2013. The powerful storm affected up to 14 million people, nearly 6 million of those children. Many homes were destroyed, and families lost all of their belongings.

Students learn how a major storm like Haiyan has long lasting impacts.

As students around the world learned about the physical destruction Haiyan brought, they also learned about the other consequences of such a serious storm. Our teams heard about the process of recovery, and how it can take months or even years to rebuild the towns destroyed. In a place where much of the economy is based on farming and fishing, a storm can destroy the crops and wash away the fishing boats, leaving many without work.

When the rain stopped, letters poured in.

Around the world, students sent in 8,804 heartfelt letters, resulting in a $200,000 donation from the Bezos Family Foundation. With this donation, Save the Children established a shelter program that helped families in the immediate aftermath, providing emergency kits and items to more to 47,500 families. It also supported families with small cash grants to get people’s livelihoods back on track, and job training and tools to over 600 carpenters to help them rebuild the infrastructure of their communities and their own livelihoods. 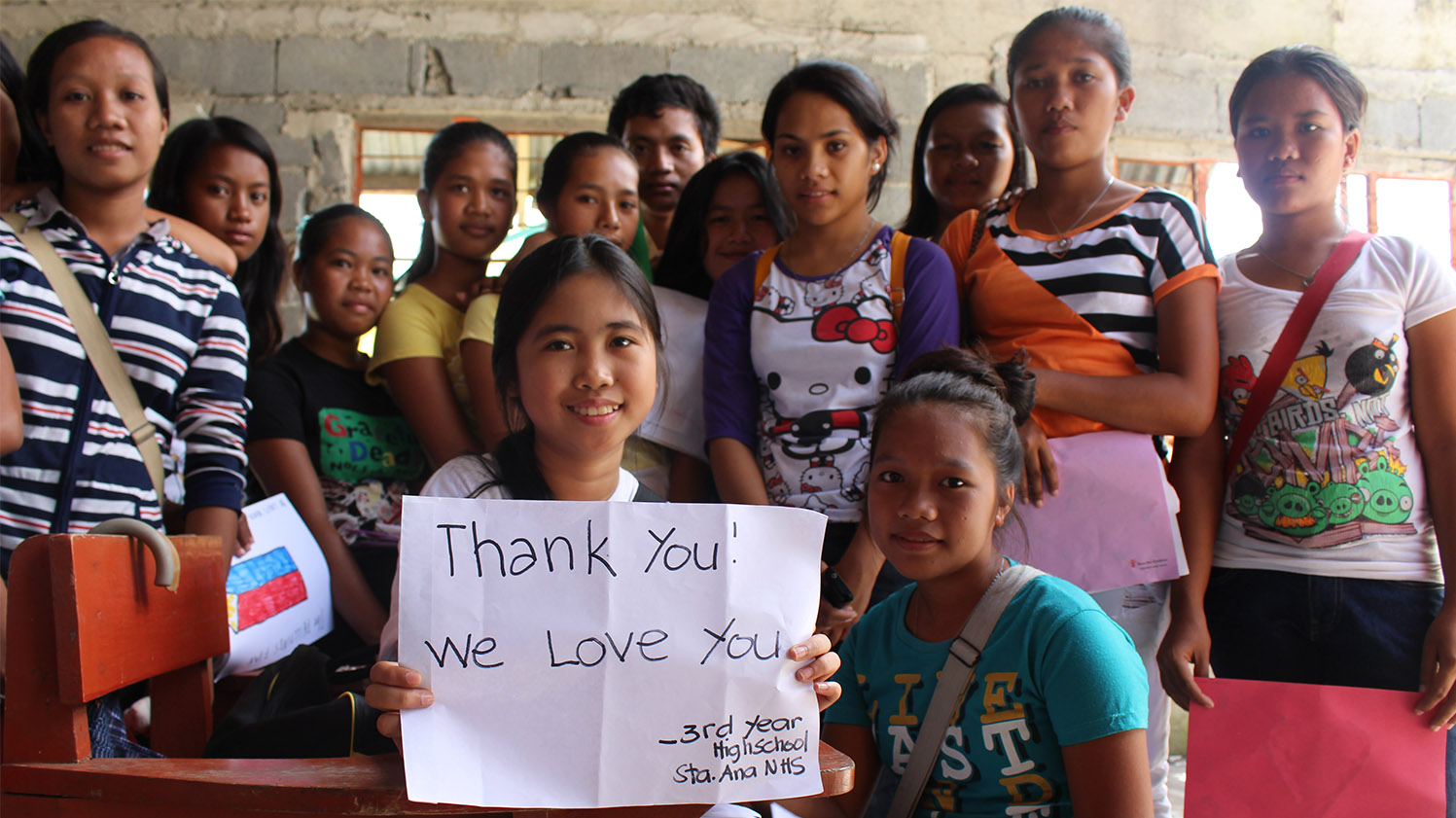 Beneficiaries with supplies from Save the Children.

Filipino student with a letter delivered by Save the Children.

Kind words all the way from Los Angeles to the Philippines!

Kind words all the way from Los Angeles to the Philippines!

Written by Mrs. Hubbard and her classroom for the Typhoon Haiyan Challenge.

Written by Mrs. Hubbard and her classroom for the Typhoon Haiyan Challenge.

Students in the Philippines with letters written during the Challenge.

A letter written in English & Tagalog for students in the Philippines.

A letter written in English & Tagalog for students in the Philippines.

A family amidst devastation from Typhoon Haiyan.